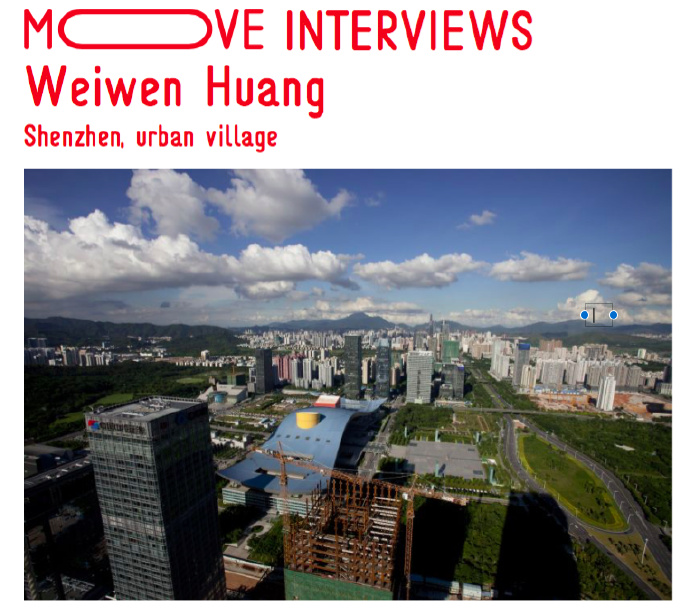 A former vice-chief urban planner of the Urban Planning and Land Resource Commission of Shenzhen’s municipal government, Weiwen Huang is the director of Shenzhen Center for Public Art and Shenzhen Center for Design, which are both affiliated with the commission. The former main organizer of the Hong Kong & Shenzhen Bi-city Biennale of Urbanism\Architecture, Huang was a 2010 Loeb Fellow at Harvard University’s Graduate School of Design. He spoke with Mi You about Shenzhen’s urbanization “miracle” and what the future may hold for the city. PUBLISHED Monday December 31, 2012 BY Mi You THEMES AND TOPICS ​Infrastructure, Identity,Interaction, Conditions,urbanization, population growth,globalization, Architecture and Urban Planning, Politics and Policy, Economics and Business,Award 2012

What is the driving force and logic behind Shenzhen’s urban development?

​Weiwen Huang: Shenzhen was founded in 1979, and, in 1980, it was designated as China’s first Special Economic Zone within the framework of China’s open reform policies. By 2010, its population had increased thirty fold, with a yearly increase of 12 percent [permanent residents now total 10.36 million and actual residents more than 14 million]. This development could be regarded as a miracle in human urbanization history. Yet the driving force and logic is never complicated: It is a most intensive explosion of the long suppressed social energy in China. Just one river away from Shenzhen, Hong Kong posed a strong contrast [to China’s closed economy]. It prospered under British administration’s liberal market economy. This was reason enough for almost one million Mainland Chinese to risk their lives to cross the border to Hong Kong. Having realized this problem, Deng Xiaoping, then leader of China, pushed forward the economic reform scheme in 1978, and picked Shenzhen as the lab for experiment. Shenzhen would open up to Hong Kong’s capital, as well as its technological and managerial expertise. The “Shenzhen miracle” emerged naturally when the suppressions were removed: Farmers are allowed to nurture crops of their own choice, and they are also untiedfrom their land and allowed to move. Factory workers get paid for the amount they produce. Entrepreneurs may launch production based on market need. The market allows relative free circulation of means of production and pricing of products. When Hong Kong, with its accumulated capital and expertise, met with the vast sources of cheap labor and land in Shenzhen, it created the pathway for China’s rapid globalization. What are the so-called “urban villages” in Shenzhen? What is the logic and form of their development? Huang: The urban village in Shenzhen is a development initiated by villagers who originally live on land that is surrounded by urban developments. The urban developments come, in turn, from a nationalization of rural land, or land owned collectively by villagers, a process during which the value of land increases. Villagers own the land collectively, while “urban land” belongs to the state, thus the phenomenon of two modes of development in a rapidly urbanizing city like Shenzhen. The smallest unit of urban village development is the one-hundred- square-meter homestead to which a villager family is entitled, and on which they may develop houses. Or the village may develop factory, commercial, or residential estates collectively. Typically, urban villages are highly dense—one house can stand one to eight meters from the neighboring house. They are not approved through official procedure for urban development, architectural design, quality control, or ownership registration. Rental [prices] remain low, which are ideal for newcomers to the city and lower-end businesses. Infrastructure and management tasks are undertaken by a collectively owned village company, which enjoys relative community autonomy. 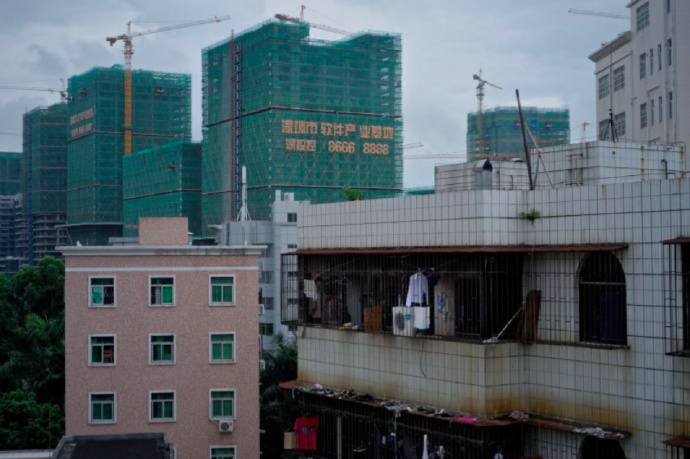 The will of this kind of development comes from villagers taking initiative to participate in urbanization, and to gain their piece of the pie from it. The villagers adjust the density of this self-initiated development based on market needs. The urban village, in effect, acts as a complement to urban planning and urban management. It helps as a housing supplement, so slums don’t necessarily arise in the face of overwhelming numbers of newcomers to the city, and it could even serve as social housing estates for the middle and lower class. The pedestrian village culture is transformed into a urban principle that allows carrying out daily routines—connections to other urban centers and commercial and industrial areas —within walking distance, thus contributing to the relief of a worsening transportation situation. The urban village as another kind of infrastructure for Shenzhen has not been fully and objectively discussed. Its extreme density and unsatisfying safety codes and living conditions, together with the desire to create ever more profit on the part of bigger capital holders, have led to the total erasure of some urban villages. Although the original villagers may have enjoyed sizable compensation from the developers—many became millionaires—the rights of tenants and the vibrant urban life they create are disregarded. John Friedmann, a scholar of urban planning, once remarked that urban villages represent the true characteristics of Shenzhen better than the planned urban spaces that are without much human touch. What kinds of mobility will Shenzhen need in the future? Huang: I mentioned the development logic of Shenzhen itself and the self- development of urban villages in Shenzhen. This achievement is built on the mobility of people and capital. Shenzhen is the first success story because of its unique geopolitical situation with both a border to Hong Kong and a border to Mainland China, and the mobility between these borders. The sustainable development of Shenzhen means, in a time when the world cannot be flat and there will remain geographical and political borders, to transform difference into impetus for mobility, and to create better conditions for this mobility. 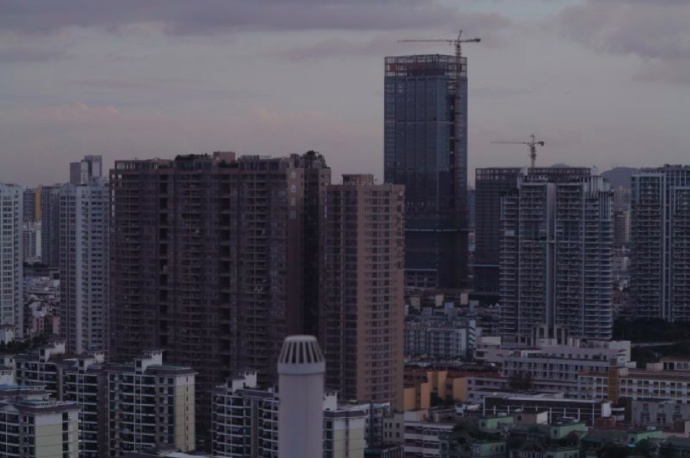 What does the future of Shenzhen look like? What role will its residents play? Huang: As a longstanding practitioner in the field of urban planning, I know enough not to give any projection of the future. Urban planners in Chinese fashion love to grant the future city grand titles: modern, international city, pioneering, or model city. In my view, urban planning has to move away from grand visions and into research on livability and sustainability of cities. Residents should be enabled, through regulations, to participate in urban development, in a tangible way such as that of the villagers in urban villages. In Shenzhen and elsewhere in China, the players have been largely reduced to two: the government and the big real-estate developers. But they are not the users of the city, nor are they the subjects of urban life. The separation of subjects of urban construction and urban life will inevitably lead to the separation of physical space and real life. What might be the impact of information networks that are transparent and integrated into different facets of urban life?

Huang:We could never overestimate the impact of information on future cities. The term “digital city” has been used by Shenzhen officials; the first step toward it seems to be implementation of citywide free Wi-Fi hotspots. I don’t know what qualifies a city as an “information city,” but I could say, if it could be realized elsewhere in the world, it wouldn’t take too long for Shenzhen to catch up. Shenzhen is, after all, a city with a majority of young people, and a city that has successfully transformed itself from a manufacturer town to a city that embraces high-tech industries.